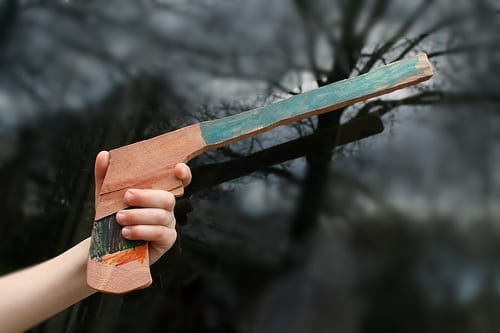 If you have children in your home, then like me, you are surrounded by toys.

Toys are in your vehicle, kitchen, toy room (not in their assigned places but that is another blog), under covers, under couches, and lurking on steps when you least expect them.  They are on commercials (“Mom, I want that”) and even have lives of their own in Disney’s Toy Story Movies.  But unlike Woody and Buzz Lightyear, children’s toys do not think, feel, or act for themselves.

Children are active and engaged in directing the play with the toys.

There has been some chatter on the news and on talk radio in response to a recent book called “Cinderella Ate My Daughter: Dispatches from the Front Lines of the New Girlie-Girl Culture” by Peggy Orenstein.  This chatter included many vast opinions on “princess” apparel, dolls, themes and the like.

Do the princess dolls and merchandise lead to early sexualization and depression in girls?

Do these “princesses” cause young girls to question their beauty, self worth?

I am not sure, but I can picture these discussions being the impetus of a mass dumping of Ariels, Belles, Tianas, Cinderellas, and Tinkerbells nationwide!

As I ponder the serious nature of the character assassination of Snow White, I remember that my own mother was an Uber Feminist of the 1970’s.  I was raised on “Free to Be You and Me” and “ I Am Woman, Hear Me Roar”.

My mother did not want me to have a toy kitchen, for fear that it would somehow create unfair gender role expectations. I really wanted a toy kitchen. I did not like it that I was denied that kitchen. After all, I just wanted to play.  When I discovered I was going to be a mother, I promised that I would not deny my daughters toys based on what I liked or did not like to play with.  But I had sons.  Three sons. And all of the sudden, things were not so clear.

All these questions about toys and repercussions caused me to think about my own dilemma of allowing my own sons to have and play with toy guns.  I was not raised with toy guns, nor do I like them at my house, but that is only my personal preference.

However, I allow them in my therapeutic playroom.

Play Therapists believe that play is the language of children and toys are their words.

So by not allowing certain genre of toys, you are not giving the child the ability to play (say) what s/he is thinking and feeling when they do not have the words to describe complex emotions.

I have no negative feelings toward weapons in my therapeutic playroom; in fact I find them very useful and effective for showing an array of emotions.  But I firmly denied many pleas for toy guns for my home.  After all, other mothers in playgroups loudly declared that their boys are not allowed to play with guns.

It was “bad”, wrong, leads to violence” they would say. Even though I read peer reviewed journals of research displaying no causality between play guns and real violence, I had my reservations.  I questioned myself on why I am comfortable with the toy guns in the therapeutic playroom, but not in my own home.  After all, toys are just words in the language of children right?

Just as I do in my role as a therapist in Play Therapy, we have to talk about the toys with the children! As a parent, we have to ask the children what they are playing.

We have to engage, play along, act out scenarios with them, talk about the play after its over, be present in the moment, and set limits and boundaries to keep them safe.

Whether it is safety from Nurf bullets or unrealistic expectations of body shape due to princess Barbie dolls, parents are the buffer.

Parents are the biggest influence on children and how they see themselves.

I may have to tell my boys “Mom is not for shooting, but you may shoot the target” or you may have to say “I wonder if Ariel can grow feet and climb up on dry land to be the next President of the United States?  She will have to go to college first, of course”.

I will just have to “man up” and strap on a six-shooter with my guys and see where their imaginations lead.  If the play leads to a place that does not agree with our family values, we will make it a learning opportunity!

It is kind of ironic, that a call to discard all things princess led me to agree to do my part and allow my sons to have the small toy guns with foamy bullets that they have been begging for.

I guess I’ll go shopping right after we are done “playing kitchen”. 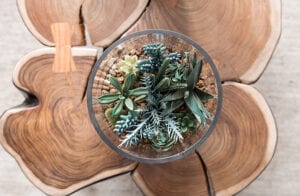 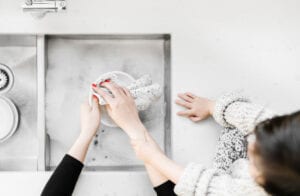 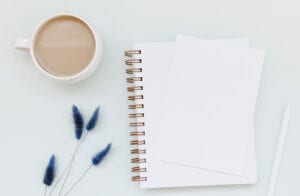